Hello everyone - and welcome to the newest followers

I have been trying to clean up my workspace and trying to make sense of all the stash. You know how you accumulate stuff - particularly the freebies from magazines - and other stuff you purchased for a specific idea, and then had some leftovers to deal with?

Well, I have been trying to use up all this stuff or pack it up to give away or throw it out  - relax, little has actually been thrown out! 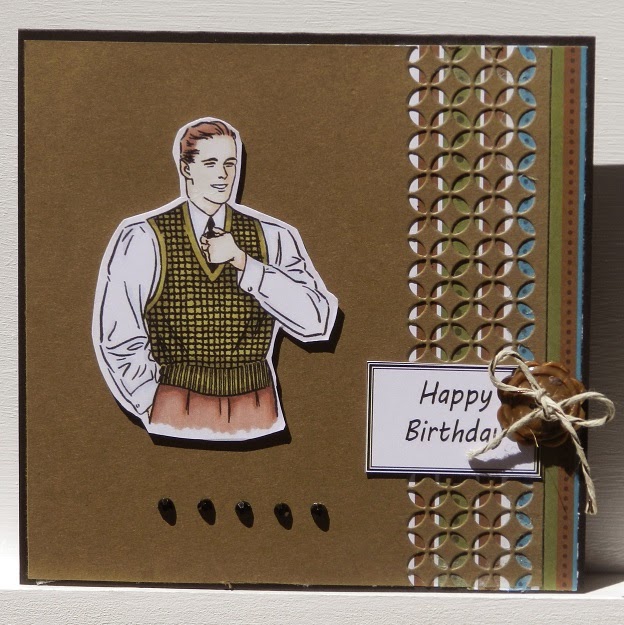 This male card was one result - the image and sentiment is from Acid Drops and Whatknots. I purchased several sheets of images and sayings - especially Christmas ones - and I may have also got a sheet or two of non-Christmas ones too because they made me laugh.......that's my excuse....and this image is from one such sheet. I really like to others, but the sentiment going with this one was not what I would use, so I fussy cut the young man out and just used that. Also while trawling through the internet I saw a card with the die cut edge and suitable papers underneath - it was a very girly card - and I thought it would work with any colour combo. So, SU Soft Suede card,and paper from my stash, plus a button and some string and some bling. All on a black commercial card blank from Regal Craft. Took me about 10 minutes to make!

The following two are me just showing off as they are very accurately CASed from the magazine where I got the freebie stamp from - Craft Stamper. 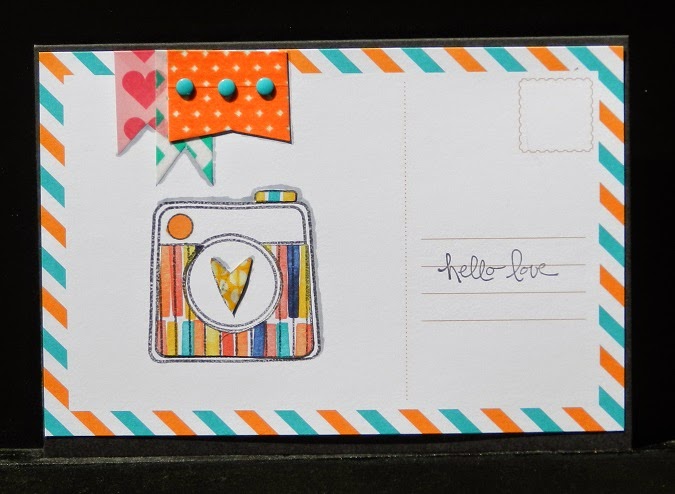 A Project Life postcard, SU stamp (Good Greetings) and a black card blank. Washi tape is used for the flags. I paper pieced the camera and added some gloss to the heart and some bling to the flags.I did create some shadow with a Copic grey pen.

The second card is so copied but it looks so good, I thought I would show it off anyway. A die cut film strip, the stamp coloured with Copics and an SU sentiment stamp (Happy Day - masked) and while the original used green acyrlic paint smeared across, I used a Gelato crayon. I used a corner punch to round the corners of the card too. The lens on the camera is glossed with SU Crystal Effects. 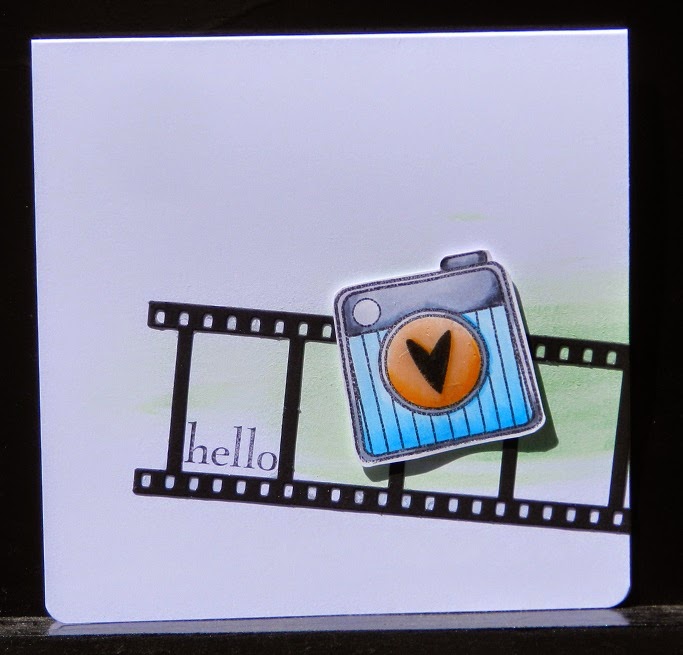 Hi Susan! Hope you are doing well. These cards are wonderful. You are so good at CAS. Best, CG

A fabulous masculine Birthday card. Thank you for coming over to play at Scrap & Craft. Good luck! Hugs Suzi x

What great cards. Love the masculine one - only 10 minute make! Fabulous result.
Have fun sorting and storing - don't envy you that job :)

I love your masculine card. Would you let me showcase your card and share a link to your blog post in what I call Manly Monday? It's a post on my blog where I share masculine cards (of all ages) as inspiration for my readers. If you are interested, please email me a direct link to your card so I can find it at grohcm at gmail dot com and I will add you to the lineup for the following Monday. I hope to hear from you.
Cindy at Cre8iveCindy 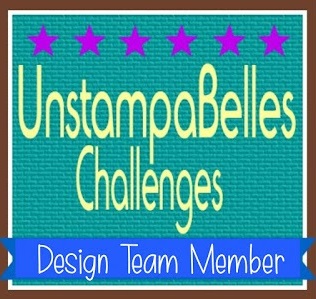 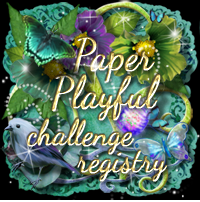 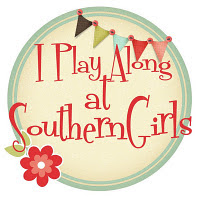